LEVIATHAN, OR the Matter, Forme, and Power OF A COMMONWEALTH, ECCLESIASTICALL AND CIVILL.  By THOMAS HOBBES of Malmesbury. LONDON. Printed for ANDREW CROOKE, at the Green Dragon in St. Pauls Church-yard, 1651.

“No illustration of or quotation about a theory of state has engendered so provocative and image as that of leviathan; it has become more like a mythical symbol fraught with inscrutable meaning. In the long history of political theories, a history exceedingly rich in colourful images and symbols, icons and idols, paradigms and phantasms, emblems and allegories, this leviathan is the strongest and most powerful image.” (Carl Schmitt).

“For seeing life is but a motion of Limbs, the begining whereof is in some principall part within; why may we not say, that all Automata (Engines that move themselves by springs and wheeles as doth a watch) have an artificiall life? For what is the Heart, but a Spring; and the Nerves, but so many Strings; and the loynts, but so many Wheeles, giving motion to the whole Body, such as was intended by the Artificer?”

“Art goes yet further, imitating that Rationall and most excellent worke of Nature, Man. For by Art is created that great LEVIATHAN called a COMMON-WEALTH, or STATE, (in latine CIVITAS) which is but an Artificiall Man; though of greater stature and strength than the Naturall, for whose protection and defence it was intended.”

“Wisedome is acquired, not by reading of Books, but of Men.But there is another saying not of late understood, by which they might learn truly to read one another, if they would take the pains; and that is, Nosce teipsum, Read thyself.”

“He that is to govern a whole Nation, must read in himself, not this, or that particular man; but Man-kind.”

“The Originall of them [Thoughts] all, is that which we call SENSE; (For there is no conception in a mans mind, which hath not at first, totally, or by parts, been begotten upon the organs of Sense.) The rest are derived from that originall.”

“But the most noble and profitable invention of all other, was that of SPEECH, consisting of Names or Appellations, and their Connexion, whereby men register their Thoughts; recall them when they are past; and also declare them one to another for mutuall utility and conversation; without which, there had been amongst men, neither Common-wealth, nor Society, nor Contract, nor Peace, no more than amongst Lyons, Bears, and Wolves.”

“Of Names, some are Proper, and singular to one onely thing; as  Peter, John, this Man, this Tree: and some are Common to many things; as Man, Horse, Tree; every of which though but one Name, is nevertheless the name of divers particular things; in respect of Universall. all which together, it is called an Universall; there being nothing in the world Universall but Names; for the things named, are every one of them Individuall and Singular.”

“Sense and Memory are but knowledge of Fact, which is a thing past, and irrevocable; Science is the knowledge of Consequences, and dependance of one fact upon another: by which, out of that we can presently do, we know how to do something else when we
will, or the like, another time: Because when we see how any thing comes about, upon what causes, and by what manner; when the like causes come into our power, wee see how to make it produce the like effects.”

“The Light of humane minds is Perspicuous Words, but by exact definitions first snuffed, and purged from ambiguity; Reason is the pace; Encrease of Science, the way; and the Benefit of man-kind, the end. And on the contrary, Metaphors, and senslesse and ambiguous words, are like ignes fatui; and reasoning upon them, is wandering amongst innumerable absurdities; and their end, contention, and sedition, or contempt.”

“As, much Experience, is Prudence; so, is much Science, Sapience.  For though wee usually have one name of Wisedome for them both; yet the Latines did alwayes distinguish between Prudenti and Sapientia; ascribing the former to Experience, the later to Science.”

6. Of the Interiour Beginnings of Voluntary Motions; commonly called the PASSIONS.

“Because going, speaking, and the like Voluntary motions, depend alwayes upon a precedent thought of whither, which way, and what; it is evident, that the Imagination is the first internall beginning of all Voluntary Motion.”

“In Deliberation, the last Appetite, or Aversion, immediately adhaering to the action, or to the omission thereof, is that wee call the WILL; the Act, (not the faculty,) of Willing. And Beasts that have Deliberation, must necessarily also have Will. The Definition of the Will, given commonly by the Schooles, that it is a Rationall Appetite, is not good. For if it were, then could there be no Voluntary Act against Reason. For a Voluntary Act is that, which proceedeth from the Will, and no other. But if in stead of a Rationall Appetite, we shall say an || Appetite resulting from a precedent Delibera tion, then the Definition is the same that I have given here. Will therefore is the last Appetite in Deliberating.”

“Continuall successe in obtaining those things which a man from time to time desireth, that is to say, continuall prospering, is that men call FELICITY; I mean the Felicity of this life. For there is no such thing as perpetuall Tranquillity of mind, while we live here; because Life it selfe is but Motion, and can never be without Desire, nor without Feare, no more than without Sense.”

7. Of the Ends or Resolutions of Discourse.

8. Of the Vertues, commonly called Intellectual and their contrary Defects.

9. Of the severall Subjects of Knowledge.

10. Of Power, Worth, Dignity, Honour, and Worthinesse.

11. Of the Difference of Manners.

13. Of the Naturall Condition of Mankind as concerning their Felicity and Misery. 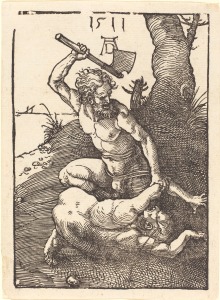 “Nature hath made men so equall, in the faculties of body, and mind; as that though there bee found one man sometimes manifestly stronger in body, or of quicker mind then another; yet when all is reckoned together, the difference between man, and man, is not so considerable, as that one man can thereupon claim to himselfe any benefit, to which another may not pretend, as well as he.

For as to the strength of body, the weakest has strength enough to kill the strongest, either by secret machination, or by confederacy with others, that are in the same danger with himselfe.”

“From this equality of ability ariseth equality of hope in the attaining of our ends. And therefore if any two men desire the same thing, which nevertheless they cannot both enjoy, they become enemies; and in the way to their end (which is principally their own conservation, and sometimes their delectation only) endeavour to destroy or subdue one another.”

14. Of the first and second Naturall Lawes, and of Contract.

16. Of Persons, Authors, and things Personated

17. Of the Causes, Generation, and Definition of a Common-wealth.

18. Of the Rights of Soveraignes by Institution.

19. Of severall Kinds of Common-wealth by Institution; and of Succession to the Soveraign Power.

21. Of the Liberty of Subjects.

22. Of Systemes Subject, Politicall, and Private.

23. Of the Publique Ministers of Soveraign Power.

24. Of the Nutrition, and Procreation of a Common-wealth.

27. Of Crimes, Excuses, and Extenuations.

28. Of Punishments, and Rewards.

29. Of those things that Weaken, or tend to the Dissolution of a Common-wealth.

30. Of the Office of the Soveraign Representative.

31. Of the Kingdome of God by Nature.

32. Of the Principles of Christian Politiques.

33. Of the Number, Antiquity, Scope, Authority, and Interpreters of the Books of Holy Scripture.

34. Of the signification, of Spirit, Angell, and Inspiration in the Books of Holy Scripture.

35. Of the signification in Scripture of the Kingdome of God, of Holy, Sacred, and Sacrament.

38. Of the signification in Scripture of Eternall life, Hel, Salvation, the World to come, and
Redemption.

39. Of the Signification in Scripture of the word Church.

40. Of the Rights of the Kingdome of God, in Abraham, Moses, the High Priests, and the Kings of judah.

41. Of the Office of our Blessed Saviour.

43. Of what is Necessary for a mans Reception into the Kingdome of Heaven.

44. Of Spirituall Darknesse from Misinterpretation. of Scripture.

45. Of Demonology, and other Reliques of the Religion of the Gentiles.

46. Of Darknesse from Vain Philosophy, and Fabulous Traditions.

47. Of the Benefit proceeding from such Darknesse; and to whom it accreweth

A Review and Conclusion.